The Geography of The Western Taurus Mountains – Turkey 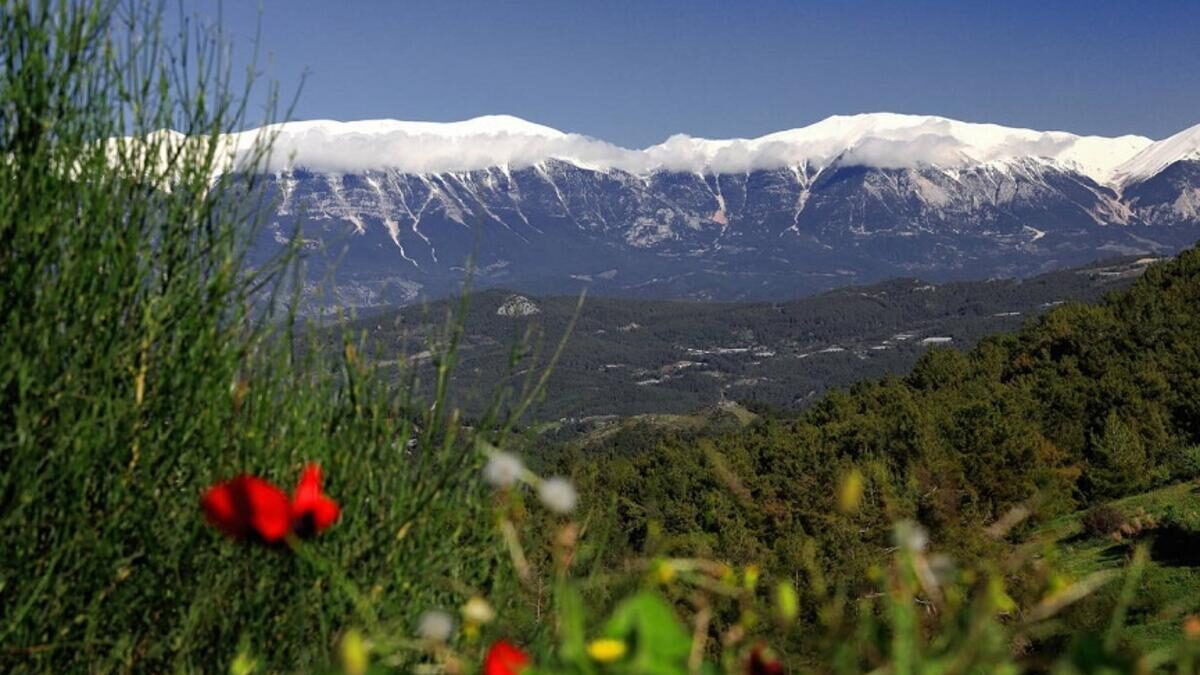 The Western Taurus Mountains are a portion of the great Alp-Himalaya mountain chain crossing the majority of Europe and Asia continents. It begins from the slopes of Fethiye region and ends up around Antalya City center where the first hills of Eastern Taurus mountains begin.

The Western Taurus Mountain chain follows a parallel line to the seashore, and it has an average height of 1800-2000 meters of altitude which prevents the humidity and sea effect to penetrate to the inner parts of the country such as Burdur and Isparta. 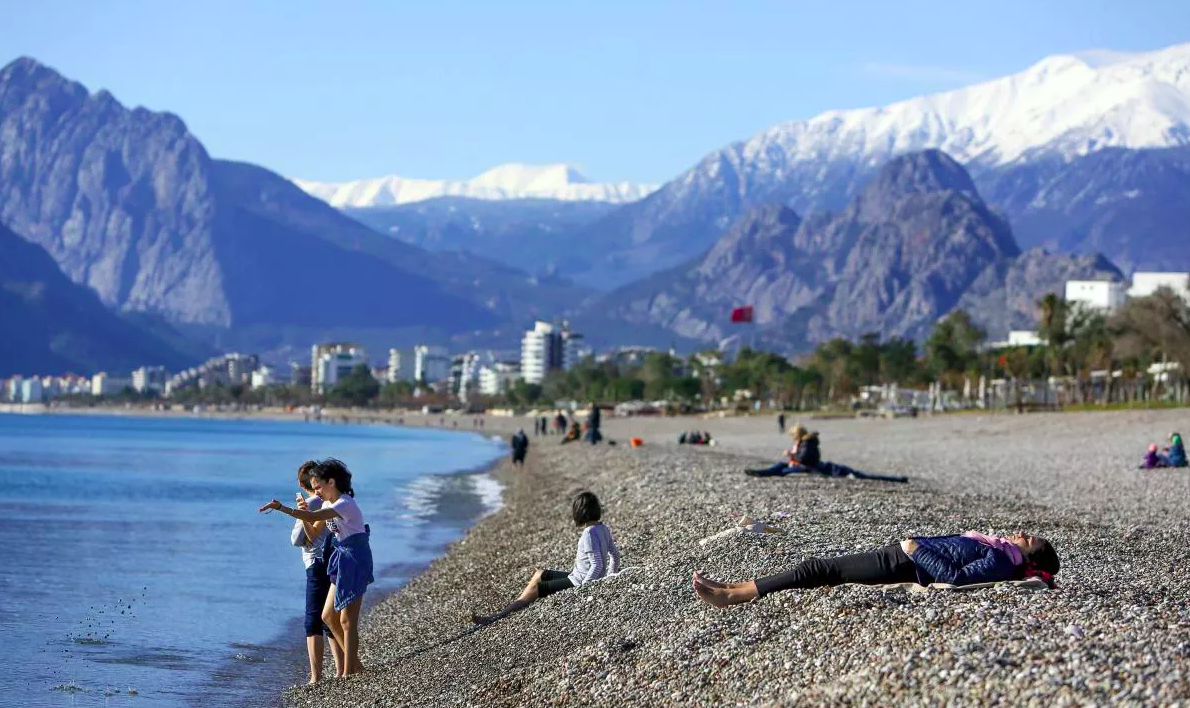 Western Taurus Mountains directly rasing up from the Mediterranean sea

Western Taurus has generally an altitude elevation of two levels. The first level is rising directly from the sea level and has an altitude of 700-1000 meter height. This is where the bushes with fruits such as thorn apple, and the meaty leaved aromatic plants such as laurel, lavender, and rosemary grow. This part of the mountains takes direct heat and humidity during the summers which can have up to 40 degrees (Celsius) and heavy rains during the winters. The bushy and mountainous area is extremely suitable for goat herding, so the Anatolian Turkmens who live there have big flocks of black Anatolian type of goats that they bring to the higher pastures during the summers. Th second level is between around 700/1000 meters and 1600/3000 meters. 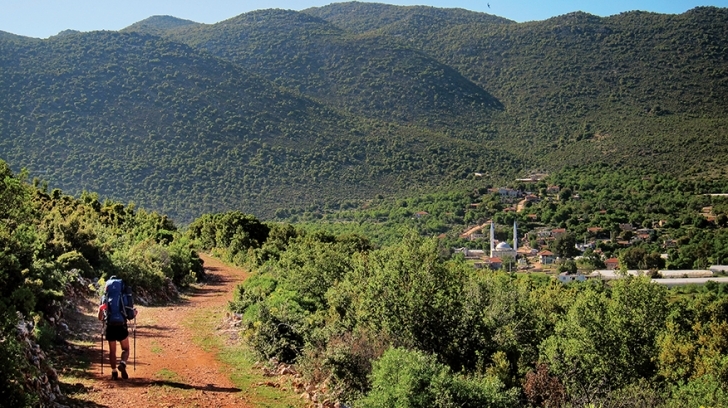 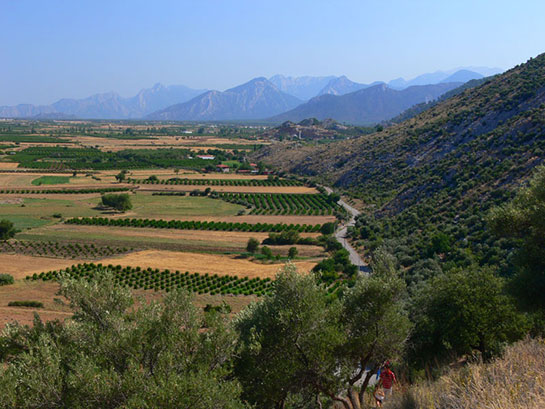 Between the two altitude levels of the mountains, some plains are laid. These plains are used by the inhabitants of the area to make agriculture for their own needs such as wheat and barley and to make trade also such as tomatoes, pepper, and aubergine. These plains also have some small rivers and streams formed from melting snow from the northern side of them and rain streams from the southern side of them. The plains are also surrounded by pine forests which provide an important level of wood and lumber. 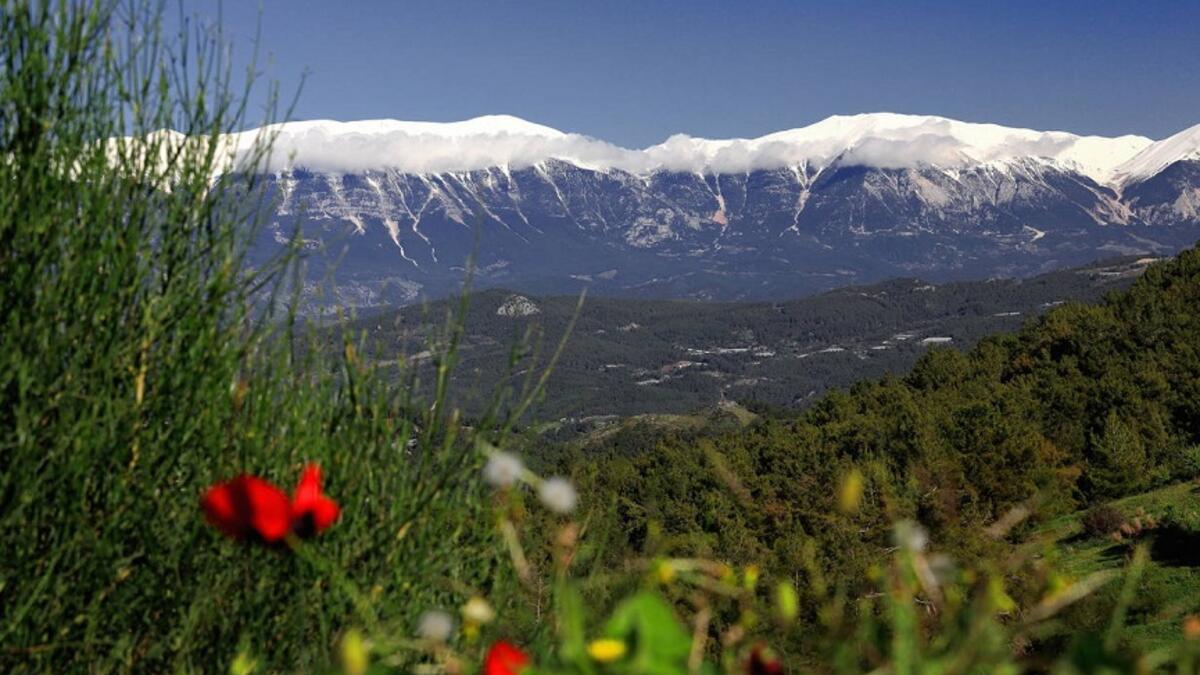 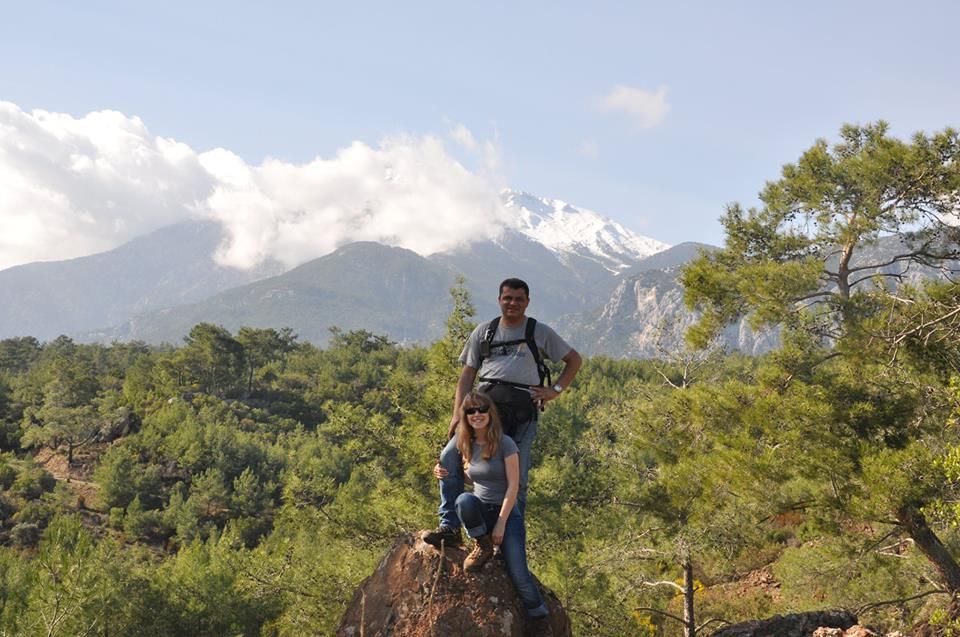 The second level of mountains towards the north is between 700-1000 meters and 2000-3000 meters. Until the 1500-1600 band of altitude the slopes and hills oriented to the seaside, so the south, maqui plants continue to grow. After 1600 meters which is the freezing point during the winters, the beautiful cedar and juniper forests begin to be seen until the forest level of 2000 meters. The cedar and juniper seeds need to rest under the snow for a while to be germinated. Because of this under the freezing point of 1500 meters, it is nearly impossible to see a cedar forest to be formed. 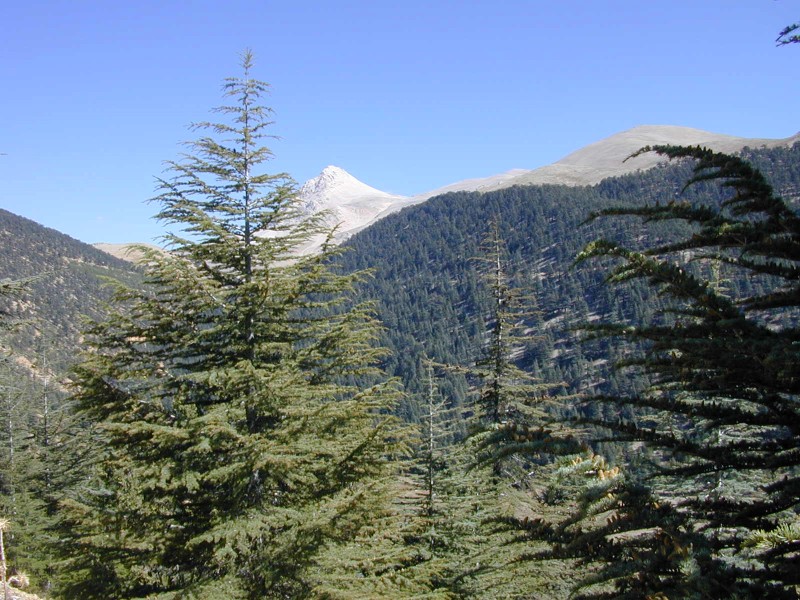 After the 2000 meters, there are vast pastures between hills of 3000 meters top, covered by the graze which is everlasting in tree seasons except for the winter thanks to the rime ice during the nights over 2000 meters. There are many streams in those pastures by the effect of the melting snow and underground water springs. 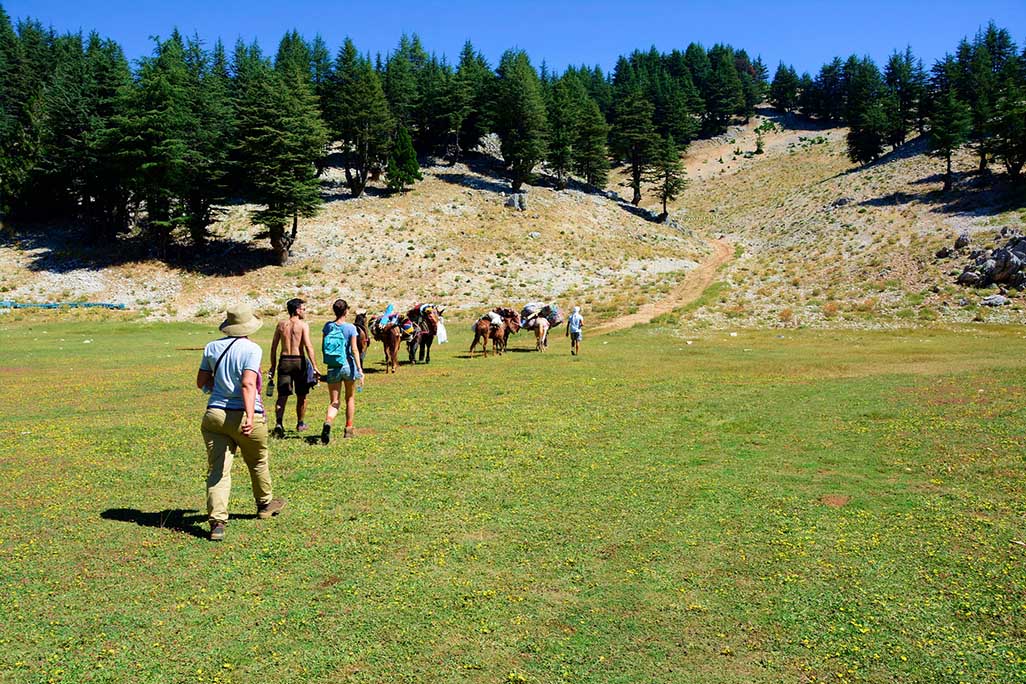 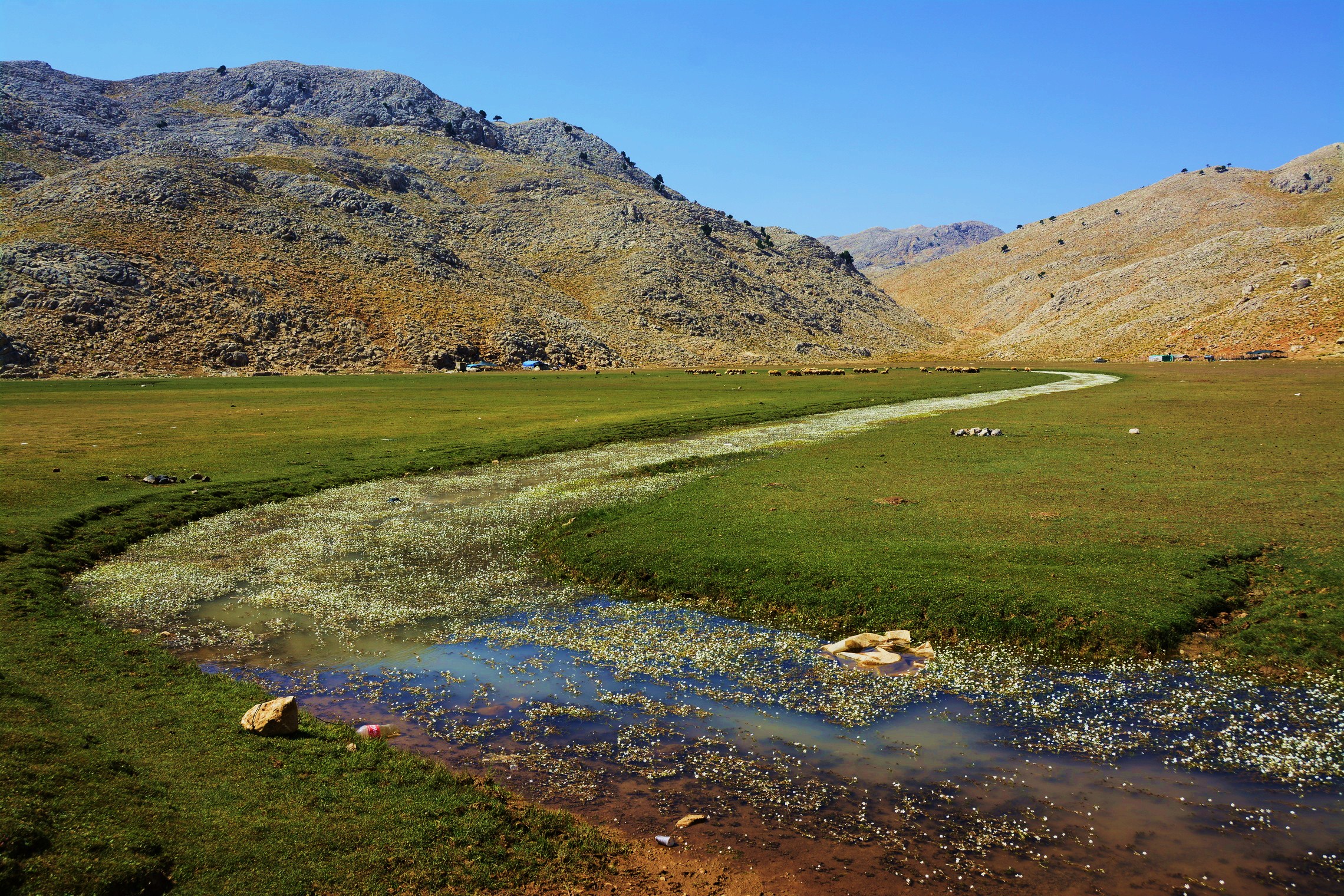 The flora diversity created by the effect of sea-altitude changes brings also a diversity in the fauna. weasel, marten, fox, wild boar, wolf, jackal are the animals which live at any altitude, whereas bears prefer the forest band and wild goats prefer either maquis or steppes of high pastures. It can be described that wild goats also apply a migratory lifestyle for their own seek in the area.

Coming to the human inhabitants of the area, the transhumance is both geographic wisdom to benefit from the profits of nature but also a cultural issue. Until the intervention of heavy tourism activities, the traditional type of nomadic life of Turkmens of the area has not changed much. 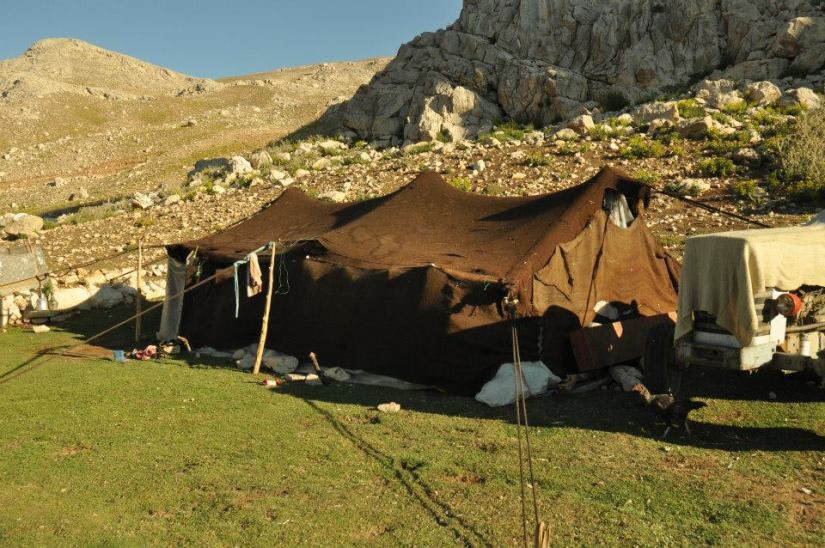 Most of the Turkmen families had big herds of goats and sheep that they feed in the low slopes of the Taurus mountains in maquis during the winter. Those places are generally calm and quiet valleys very close to the village habitations in the area. After May, when the sea coast heats begin to show themselves they migrate to the pastures between 1600 and 2200 meters to profit from the chilly and clean weather. Also, the summer advances slowly towards the altitude so the nomads have the opportunity to find freshly bushed out plants and grazing to feed their herds.

Nowadays, even though the number of families who feed livestock and migrate seasonally is lower each year, the transhumance activities take place between the most stubborn ones who resist the quick changes and loyal ones to the old lifestyle that their ancestors left to them as a cultural heritage.