5 Reasons Why You Should Definitely Visit Turkey This Summer 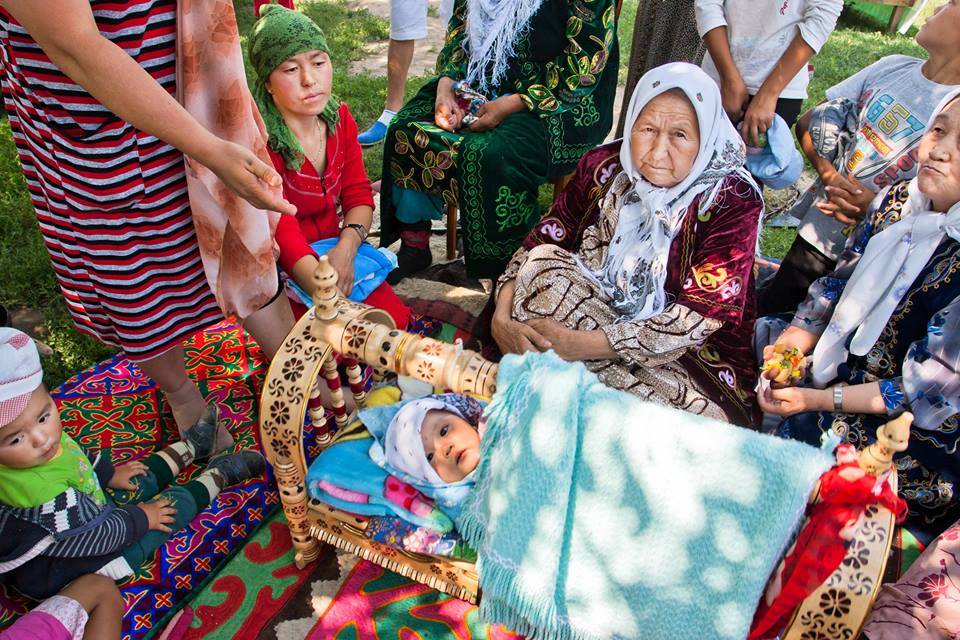 Turkey which is founded mainly in Anatolian Peninsula embraces many cultures, ethnicities and civilizations with their proper identities and roles in the history. This land is the place where the agriculture is invented, where the first cult place is constructed 12,000 years before our day and where the Money is used first time as a commercial element.

Not only famous with ancient civilizations, Turkey has innumerable traditions remaining from the civilizations that had passed their life in this soul, about approximately every aspect of the actual life.

Every detail of the life has some traditions to be followed and transmitted to the new generations not by teaching but by making them experience these traditions in their life and gain the habit, These traditions are spread from traditional artisanal methods, to special ceremonies of birth and death, from cooking to travelling, from hosting guests to be a guest. In general these practices are named as “Intangible Cultural Heritage”.

Intangible Cultural Heritage is shared by the society and applied without any conscious approach but with a more instinctive series of applications. The motivating driver of these applications of one is generally self-satisfaction and the appreciation of the applier by the other parts of the society. The practice of the intangible cultural heritage/asset brings proud and appreciation or congratulation of the society or at least considered as “normal” by the society, whereas the lack of it is sometimes considered as shame, discontentment or a judgment such as “it would be better to do”. These judgment assets set or show also the strength of the tradition.

We will state below, some of the hundreds of the traditions and applications which form intangible cultural heritage of Turkey.

The new-born is sprinkled salt powder and then wrapped into a cloth, this application is believed to bring extra strength for many different difficulties in the life and also prevent one to smell bad when sweated in his/her adult ages. 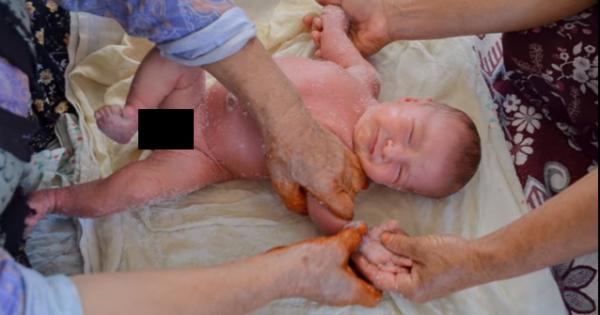 The relatives and close friends come to the house of the new-born baby to offer some gifts, generally some gold coins, believing that gold will bring prosperity and long life to the baby. The baby’s front is wetted with some drop of water by a recitation of some prayers and good wishes.

The baby’s name is whispered by the most aged person of the family with the addition of some prayers so it is believed that the baby will recognize his/her name only then.

The guests are generally served by a meal and it is not good not to eat during this visit. On the other hands the visitors tend to bring some sweet food, fruits or desserts to the puerperant mother, believing that she has more milk if she consumes sweet things. Also a special syrup is served to the mother and guests, named “puerpertant syrup”, flavored with a lot of cinnamon and sugar with a very deep red color to bring good luck. 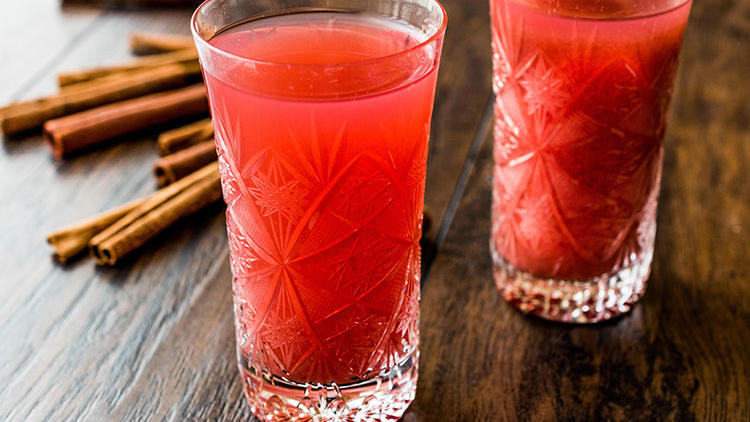 The mother is not let alone during 40 day after the birth to prevent “al karısı” a bad soul which would try to attack the baby and the mother to eat their liver. Al karısı is believed to be a hunted soul who lost his baby and who cannot support new born babies and their mother because of her sufferance and jealousy. She is afraid of the male relatives or the husband and cannot touch red color and iron materials. So the new mother and the baby have always a red ribbon attached to them and there should be an iron item fixed on the cradle, it is generally a hooked needle.

In the 40th day the baby is first time taken outside generally for a visit of grandparents. It ,s believed that the first 40 days are very important for the new mother and the baby so that the maximum of care should be given to them by the other members of the family.

When the baby begins to walk the relatives make a ceremony to celebrate the walking of the baby. The legs of the baby are loosely attached by a string and this string is cut by the elder of the family, then the baby is motivated to walk towards different objects spread in front of the baby. It is believed that the object taken by the baby sets the kind of the profession he/she will have in the future. Those materials can be money for financial professions, scissors for coiffeur or tailor, pen or book for a teacher or a calculator for an engineer to be. 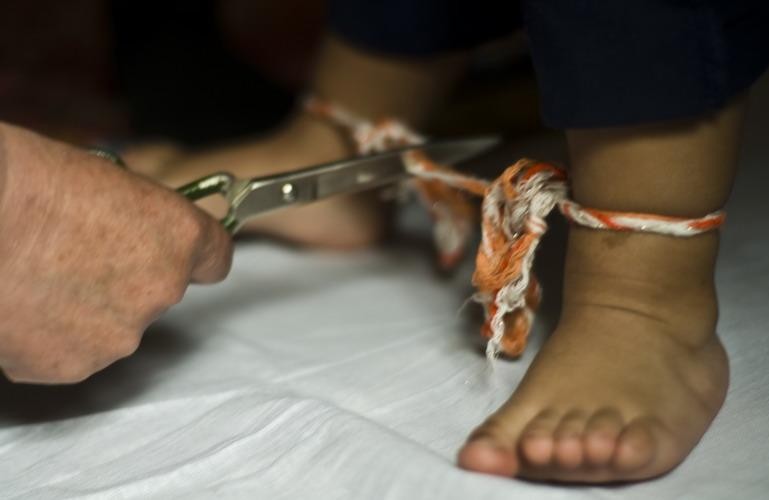 The funerals are very important events for Turkish people to show their attachment to the passed-away and the sorrow to the relatives of the passed-away person. In the funerals, all the close and distant relatives are expected to visit the family to present their condolences, also the neighbors, colleagues and close friends visit the family. The burial day is as close as possible to the death of the person, it is believed that the dead is more serene if he/she is buried quickly. After the funeral all the relatives, neighbors and colleagues of the dead person are gathered at the house of the dead person. A big meal is served and eaten together. The visitors are expected to bring food to be served during the ceremony but also the food bringing event continues for a couple of days to prevent the household to tire themselves to cook meal. The condolence visits may continue several months. 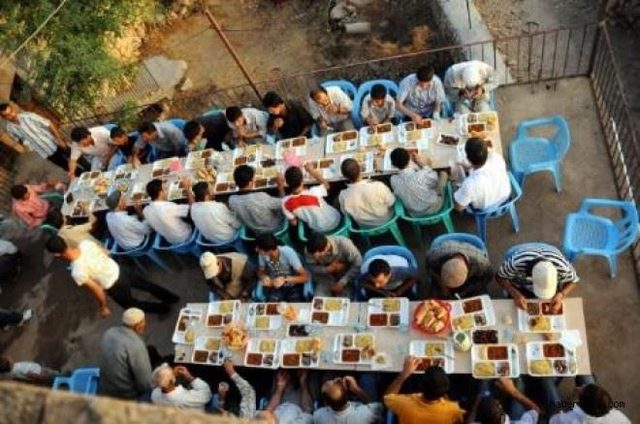 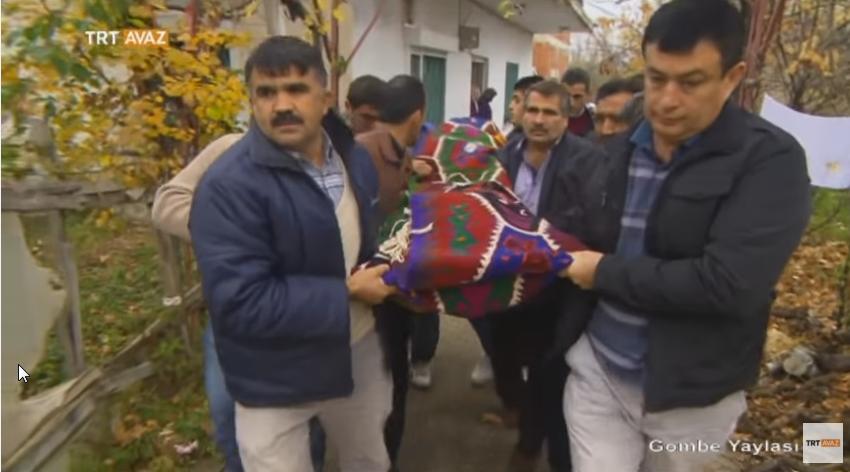 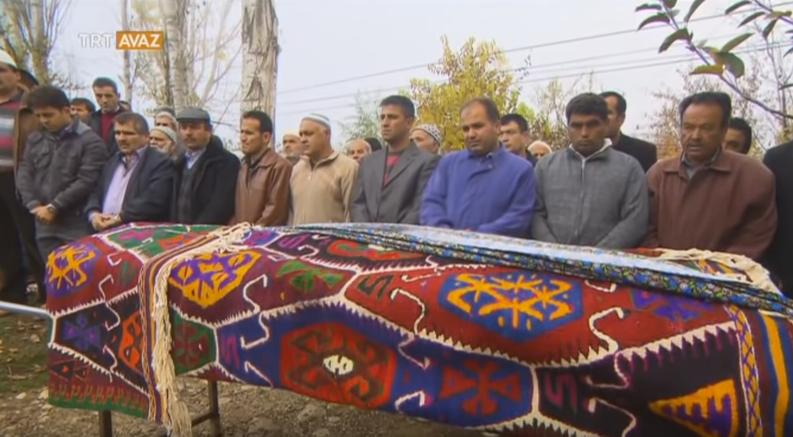 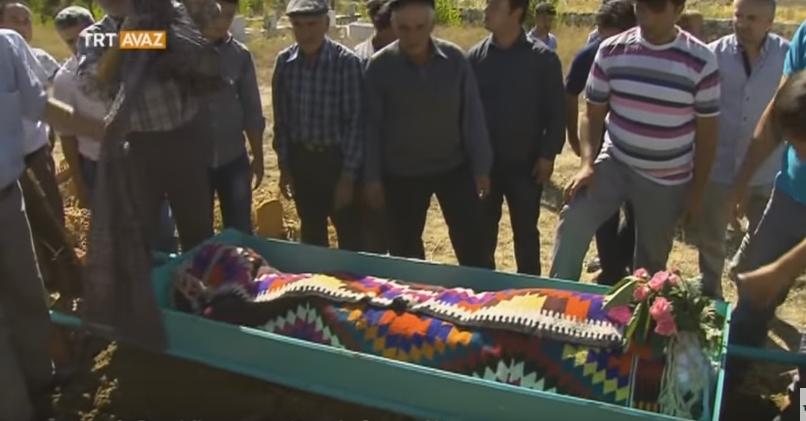 In Anatolia the profession or the way of gaining the money is considered as a semi sacred and the professions should be respected and should contain some dignity. In order to control the quality of the job performed and also the decency of the job keepers specific brotherhoods had been founded in Anatolia during 13th century just after the Turks came to the land. Nowadays it is very easy to see the remainingst of this cultural organizations in the daily life of the artisanal professions. Each artisanal profession has a spiritual chief or saint to  protect the profession and also to help or punish the job keeper if needed. The forning has prophet David because he is believed to invent the first armor, the lumbers has Zachary and Jesus as protector, the singers and music players have also David because it is believed that his voice as the most beautiful of his time. The shepherds have Moses, the ship keepers have Noah, the fishers have Joseph, and the farmers have Adam as the chief.

In many places of Turkey one can see common morning prayers of shop keepers to have prosperity and abundance in their daily jobs. 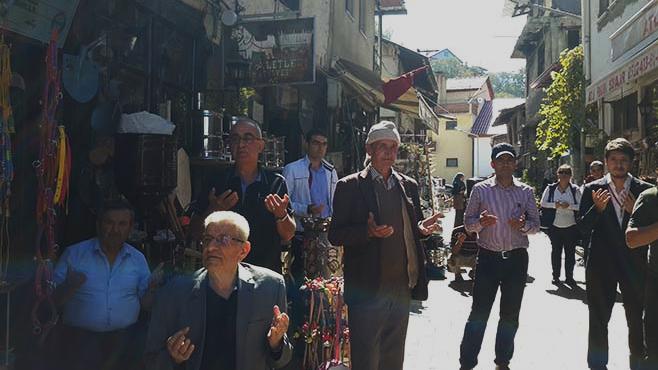 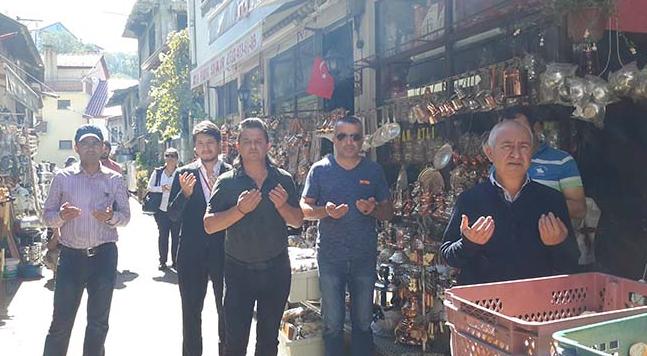 Every single artisanal profession has many secrets to make the product or the service perfect. These secrets which have economical values are not shared between the shops or workshops and are transmitted from master to apprentice. The master-apprentice link is considered semi holy in Anatolia. This social network and way to teach the profession ended up with the formation of several schools or styles in the traditional artisanal professions such as weaving, dyeing, copper and iron works, felt making, oven and restaurant keeping, soap making, etc. After a while each master had to have his/her own seal or sign in order to be distinguished among others. 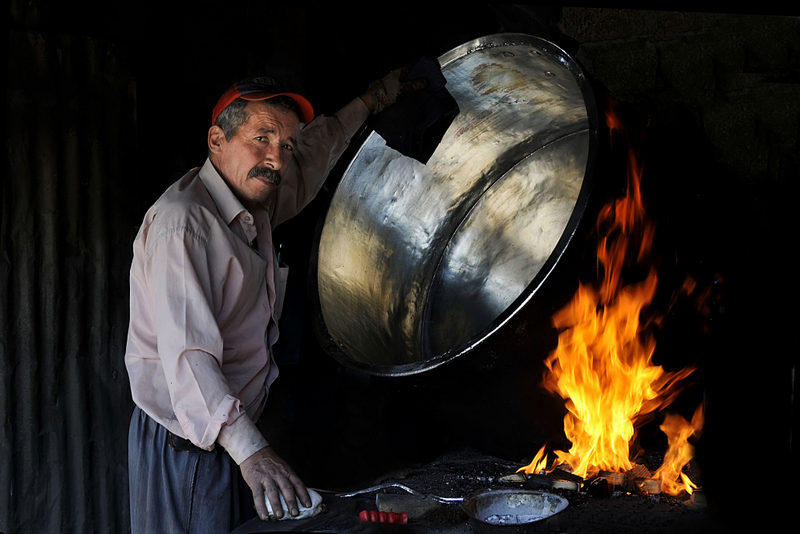 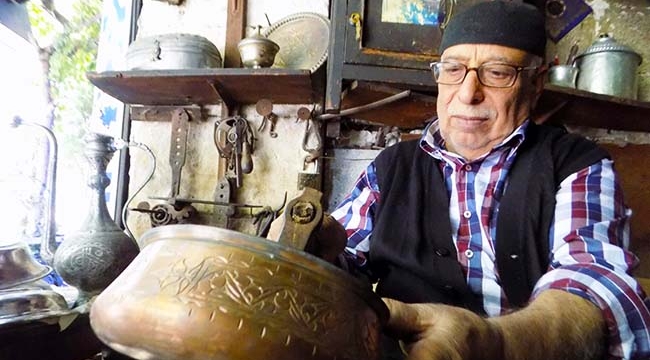 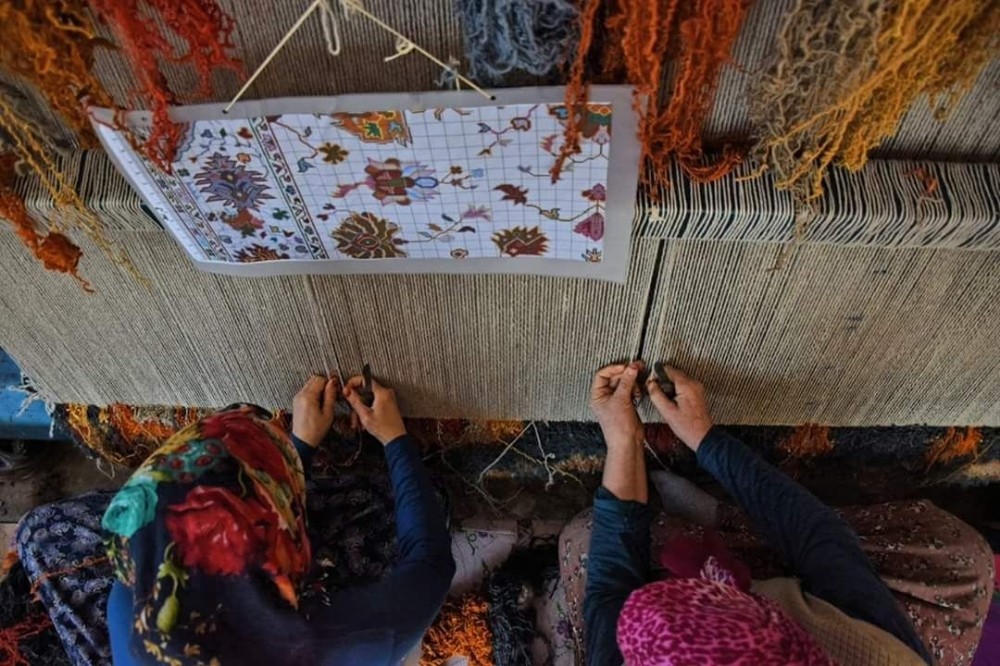 Travelling had always been part of the people of Anatolia because the land has been used for a passage area from Asia to Europe, from Middle-east to western countries, from Caucasus to the southern parts of the continent. Different attraction centers for different reasons within and around Turkey have always been a reason to move travel or migrate. Trade roads leading to world-wide important trade centers such as silk road and spice road heading to Istanbul Smyrna and Trabzon, religious roads such as Saint Paul road and Hajj road on which pilgrims travel, historical civilization roads such as Lycian Way, Karia Way, “Via Sebaste” of romans, have always been used by the citizens of the times and also by people who want to move within the country in letter centuries. On the other hand, transhumance and nomadic activities which are performed generally each 6 months are among other activities of travels that the country comprises. So the road and traveler concepts have always been familiar for the populations of this wonderful land full of different cultures and civilizations.

The travelers are generally welcomed by the citizens of some place and it is considered a good thing to help the travelers, offering them meal, water and shelter is a goodwill for the ones who seek mercy from a divinity no matter whatever religion he/she has been into. Time to time in certain regions the travelers are considered as semi holy, as the persons who bring some bounty and abundance to the place where they passed. The travelers are seen of with a bowl of water poured to the ground, thinking that the beloved traveler will come back as the water finishes its journey on the globe by evaporating and raining. If the traveler is a known and loved person he/she is accompanied until the outer gate of the house or garden and bay be just a bit of 10 meters of the route to encourage him/her for the journey. 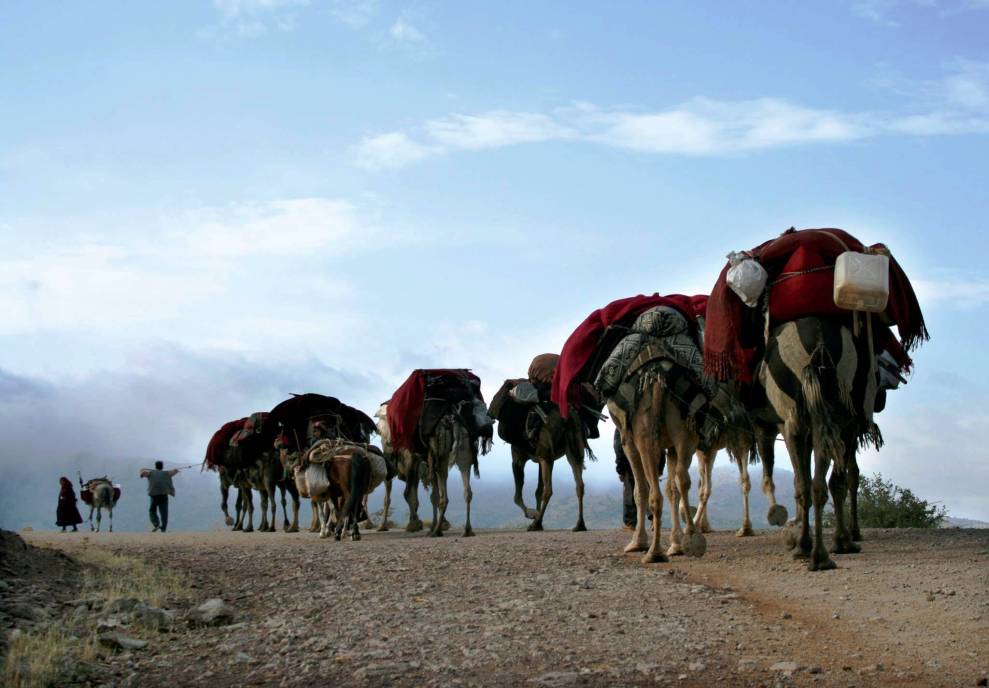 Anatolian plateau in which today’s Turkey is, has always been the center of the civilization from the invention of the agriculture to having first empires of the humanity, from being the end point of the trade roots of old globe to being the place of multicultural, multilingual and multireligious center of the Eurasia. The intangible Cultural Heritage is the derivative of all history, civilization and culture lived there. We invite all of you to experience this life experience in the most historical and multicultural atmosphere of the Eurasia.