Textiles have always been a very important aspect of the local life in the Anatolian peninsula during its history. A cover to be protected from the weather conditions, or an isolation material within the domicile, or a carriage bag, Turkish textiles indicate the social status, the wealth, the lifestyle of their possessors, as well as the aesthetic insights of the people, lived in Anatolia.

Interestingly and also shockingly, the earliest textile piece found in Turkey, date approximately 9.000 years old, has been found in 2013 in Çatalhöyük excavation site, close to Çumra town of Konya city, located in central turkey., which is nowadays well known for its carpets and kilims. The fabric, made of wild hemp, is one of the oldest ones known in the world is technically far beyond the overall quality of handcrafts of the period that the fabric is produced. Archaeologists consider also the fabric being a product of very early commerce being held in the Neolithic period in Anatolia, which is based on the trade of obsidian and seashells in exchange for other materials.

After the neolithic period come the metal ages with the first kingdoms and empires in the world. Early and late Hittite empires and Phrygian State were very famous for the quality of the woolen fabrics and blankets that they produce. Those were not only extremely durable and functional materials to isolate the human body from outer effects of the climate and weather, but also extremely elaborated artifacts that emphasize the social status of the possessors, such as royal items of clothing, ornaments or veils, and even divine objects that are presented as objects of sacrifices to the deities of the pantheons of those civilizations. 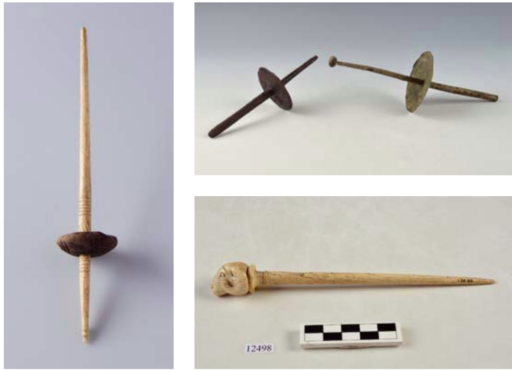 During the archaic and the Hellenistic period we see the triumph of Western Anatolian city-states in terms of weaving and textile art, which leaded people to make the trade of semi-finished or finished products. Wool fleece spun yarn, dyed yarn, dyeing materials such as acorn of oak trees were very much traded. Also, textile service providers were an important part of the textile sector of the period such as weaving ateliers, cottage industry types of applications, or dye-house operations such as the famous dye houses in Laodicea city in Western Anatolia.

During the Roman and Byzantine periods, Christianization provoked the clergy and the royalty to separate from each other. That fact increased the importance of social status and differences between the levels of society. The textiles worn or possessed were a way to show the status and wealth to others, In that period the colors became symbols of certain groups or personalities such as the black, symbolizing the ultimate authority of the Orthodox church, the purple, which was an definite cause of death for the ordinary people, was the imperial family symbol, so only the imperial family was able to wear it. 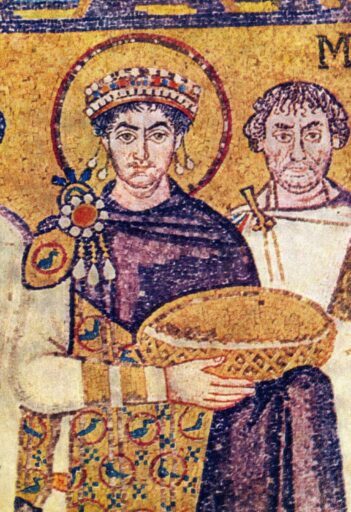 Byzantine Emperor Justinian the 1st, with the imperial purple costume

The Turks came to Anatolia in the early 11th century with their own weaving culture but also with the aesthetic perceptions of the places from where they passed on their way to the Anatolian peninsula.

Turkish or Anatolian Turkmen nomadic culture and lifestyle have an indispensable relationship with the concept of weaving. This fact led Turkish textiles to be extremely beautiful folk artifacts. Seljuk and Ottomans used the Turkmen working force for the production of the beautiful Turkish carpets to be exported forwards the Occident, for huge amounts of money. Turkish carpets imported from the Ottoman land were showing the wealth and power of aristocrats of middle and western Europe. On the other hand, Seljuk and Ottoman court, smaller seniorities, the nomadic tribes of Turkey, the towns and cities have developed different groups of carpets and kilims. Those different groups of weaving led to different carpet “schools” with different technical and aesthetic aspects reflecting the social and geographical properties in which they are created. 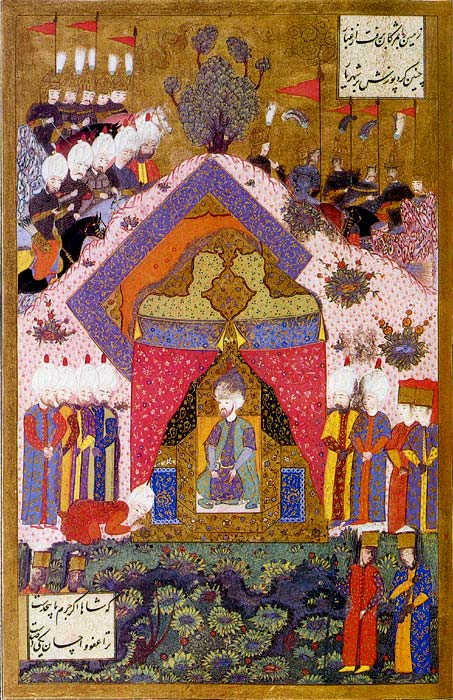 Different consumer societies of the Ottoman empire that were distinct markets for the textile production were city people with wealthy trade men and private job holders such as lawyers, doctors, state officers, Town people with big farmers, and artisans; villagers and nomadic tribes.

As described above, during the whole history the Turkish textiles have reflected different tastes, economics, and social levels of the societies and ethnicities living in Anatolia as of today. It seems that this diversity will continue tı reflect the human diversity of Turkey for long centuries. 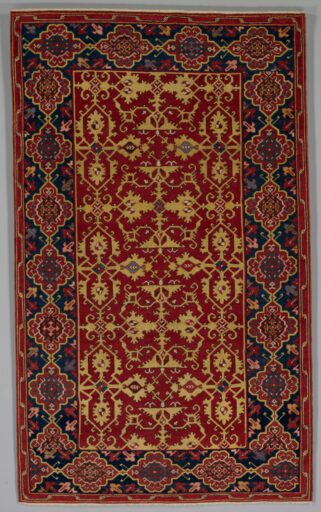